INDEPENDENCE, MO. – Alpha Phi Omega National Service Fraternity (APO) is taking another step to improve the world in which we live with its first Canadian chapter at the University of British Columbia, Vancouver. A chartering ceremony will be held on Sunday, December 13, 2015. As further growth is expected, APO chapters in Canada will remain an extension of APO USA until there is a presence on five campuses. At that time, APO Canada will become its own entity.

“This is a momentous time for Alpha Phi Omega,” says Brother Fred Heismeyer, a chairman of APO’s International Relations Committee. “Ninety years ago, our founder Frank Reed Horton dreamed of a worldwide organization that would help people in need. Our chartering of the first chapter in Canada now brings us one step closer to that vision.”

Founded in 1925, APO is a co-educational Fraternity that develops leadership skills through community service; its cardinal principles are Leadership, Friendship and Service. For decades, the Board of Directors has made efforts to expand the Fraternity both domestically and internationally to promote more students doing more service across more campuses. Alpha Chapter of Canada joins a network of almost 475,000 brothers from 370 active chapters across the United States. APO became an international organization when it chartered its first chapter in the Philippines in 1950. Discussions about the expansion to Canada began in the 1980s; the years of hard work have finally paid off. 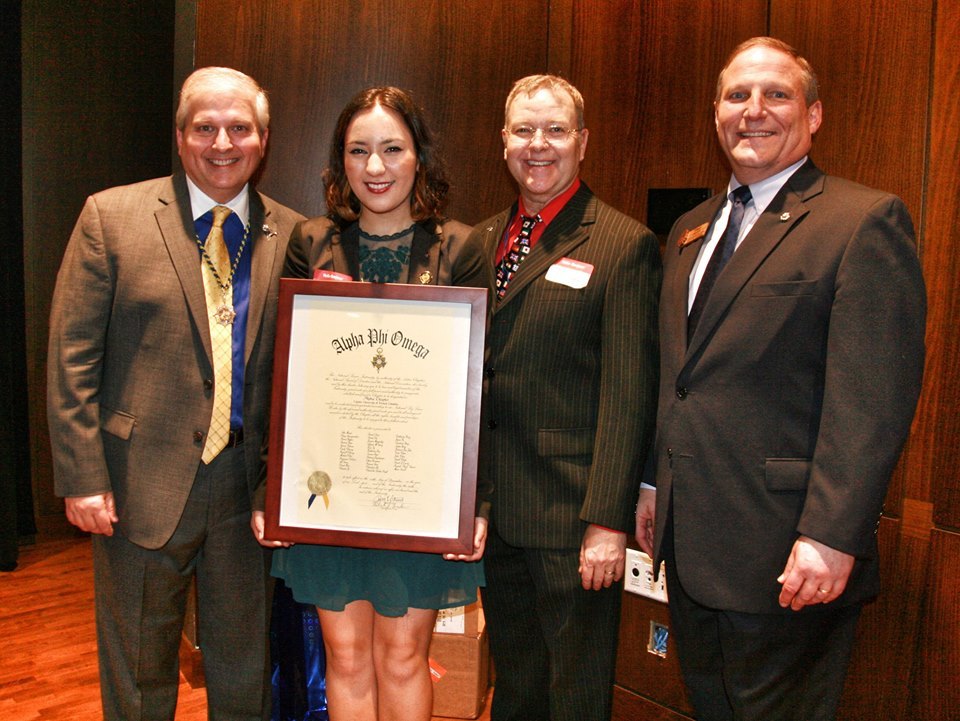 “The students at the University of British Columbia are dedicating themselves to unselfishly giving their time and energy, meanwhile building a meaningful service program for their campus and community,” explains Heismeyer. “Our growth into Canada gives college students an opportunity to grow as servant leaders through the act of helping other people and learning through a robust service program.”

Alpha Phi Omega is a national, co-educational service fraternity—college students gathered together in an organization based on fraternalism and founded on the principles of the Boy Scouts of America. Its purpose is to develop leadership, promote friendship and provide service to humanity. Since 1925, more than 400,000 students have chosen Alpha Phi Omega, making the Fraternity the nation’s largest Greek letter fraternity.

Introducing our Torch and Trefoil 2nd edition for Developmental Year 2019-2021. This issue will tell you stories of exceptional services and highlights the APO’s 32nd National General Assembly at Los Banos 2020, the National President’s, Regional and National Office reports. And of course, what more we can expect from APO’s values put into action.

Statement on demise of Past National President Bro. Adiong

National Administrative Office Schedule during this NCR Community Quarantine due to the pandemic. Please be guided accordingly. Read More
July 9, 2020 / Comments
List All